Over the past years, cannabis has been legalized in many states in the US and touted for the beneficial chemicals in marijuana and its medicinal purposes. But not many know that anyone can be at risk of developing marijuana addiction, just like any other drug which is abused.

How Can One Become Addicted To Marijuana?

The addiction is associated with dependence when an individual experiences withdrawal symptoms when the drug is not taken as usual. Many users report marijuana side effects such as sleep difficulties, irritability, mood swings, cravings, decreased appetite, physical discomfort of various degrees and restlessness in the first week after quitting cannabis and up to two weeks.

Marijuana dependence installs when the brain becomes accustomed to large quantities of this drug, therefore slowing production of and sensitivity to the endocannabinoid neurotransmitters produced by the brain. Marijuana use disorder turns into addiction when the individual finds itself in the impossibility of stopping using the drug although it negatively impacts their life.

Studies suggest that 9% of the marijuana users will develop an addiction and the percentage increases to 17% for people who start using the drug in their teens.

What Are The Symptoms Of Marijuana Addiction?

Experts are still looking for the exact reasons and causes that lead to marijuana addiction, but there are a few factors that could be blamed.

The physical causes are strongly linked to marijuana effects on brain. The cannabinoid receptors or CBRS are specific receptors located in the parts of the brain where the memories and formed and stored, as well as concentration, time and sensory perceptions, coordination, and decision-making. When these naturally produced receptors get in touch with the THC, the main psychoactive constituent of cannabis, they become compromised throwing the entire system off balance.

This process will slow down the individual’s reaction time, cause anxiety, make it difficult for them to remember things, affects judgment, but also make the person feel good or high. In time, the way the endocannabinoid system works can be changed in these specific brain areas, leading to addiction, memory problems and other physical issues. 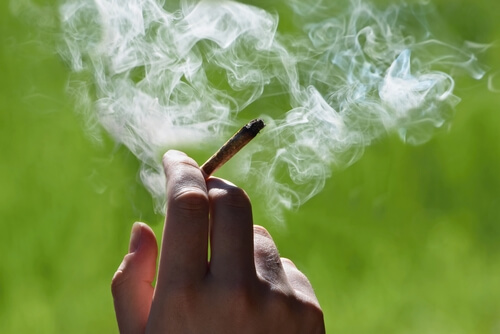 Children and teenagers that have a family history of drug abuse and addiction, are more likely to develop marijuana use disorder. Scientists have discovered that people who have the Cannabinoid receptor 1 gene are more likely to become addicted to marijuana. This genotype makes people want more marijuana after they started using it and are more drawn to the cannabis-related imagery while they are under the influence of the drug.

Just like smoking, children and teenagers who are exposed to marijuana use in the groups they belong to and their environment, are at higher risk of using, to the point of abusing the drug. The earlier the exposure begins, the higher the risk. Peer pressure also plays an important role at this point.

Here are some of the dangers and long-term effects of marijuana abuse:

At A Sober Way Home each individual admitted with addiction will benefit from a professional marijuana addiction treatment plan tailored according to their needs. Each patient will have an initial free assessment with an addiction professional to discuss the problems that led to marijuana abuse and to help the individual understand what rehabilitation implies and what they should expect during their time at the center.

The center provides various methods and techniques, among which the medically assisted marijuana detox for those who need it. The individual can safely address the withdrawal side effects, being continuously supervised by medical professionals. The intensity and duration of withdrawal depends on the amount used and the length of the drug abuse.

A Sober Way Home has adopted a patient-centered philosophy, offering the individual the opportunity to recover from addiction in a compassionate and welcoming environment with a personally tailored care.

If you or a loved one are struggling with marijuana dependence and are ready to recover the control over your lives, we are here to help. Contact us and we can provide information that will help you make the best choice according to your needs.