Heroin Addiction, Side Effects, And Treatment

Heroin is among the most commonly abused drugs in the world. It is widely cultivated in Asia, Mexico, and Colombia. Heroin addiction is a growing disease affecting nearly 950,000 Americans in 2015. This trend appears to be driven largely by young adults aged 18-25. The rate of first-time users is also very high, averaging to 170,000 people in 2016.

What is Heroin Addiction?

The Drug Enforcement Administration (DEA) keeps H in the same legal, regulatory category as other dangerous — schedule 1. Heroin drug currently has no known medical use with potentially severe psychological or physical dependence. It acts as a positive reinforcement by binding and activating brain receptors responsible for pain regulation and feelings of well-being.
Heroin users often enjoy a “rush” feeling from the drug as it reaches the brain too quickly. Generally, the effects of heroin may include:

The sudden rush of emotions masks the negative effects of black tar heroin addiction, making it especially dangerous to the youth.

Drug availability and affordability also contributes to heroin abuse. Notably, street heroin is now more affordable than ever. Many people are now choosing dope over opioids because the latter is far more expensive and requires a prescription. Aside from these market forces, heroin addicts also enjoy other methods of administration, specifically smoking and sniffing. 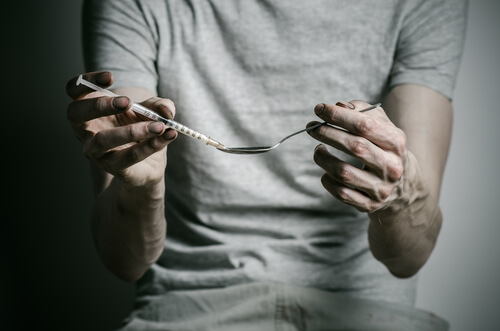 How To Tell if Someone Is Addicted to Dope

While heroin track marks are often seen in cases of addiction, many new users are now taking the drug using other techniques to ingest the drug. It is very important to know other indicative signs of heroin use, including:

The causes of drug addiction are complex. While genes are thought to play a role, environmental and lifestyle factors also increase one’s risk of a heroin overdose and these include:

Side Effects Of Heroin

Depending on what route of administration is used, users may experience severe heroin side effects or medical complications. 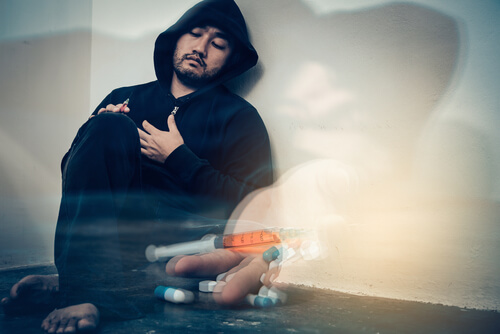 By injecting black tar, users may be at risk of:

People who snort or smoke dope may experience other side effects of heroin, including:

H users are often hesitant to ask for help for their addiction. Many have attempted to stop but failed. Unlike other drugs that cause only mild physical dependence, heroin withdrawal symptoms are more severe, causing pain immediately after the last dose. This calls for professional help.

At heroin addiction treatment center A Sober Way Home, one can find residential, outpatient and aftercare programs designed to fit individual needs. In-patients will also have access to a medically-assisted heroin detox program. There is a high degree of comorbidity between drug addiction and other mental health problems. Hence, personalized plans of most rehab centers also include dual diagnosis treatment. Specialized heroin treatment programs may include gender-specific treatments and adolescent programs.

Getting therapy from addiction centers such as A Sober Way Home can help with any physical or emotional issues one may have, even before the development of dope addiction. Therapies and support groups are very much available in a distraction-free environment. One may count on their experienced, compassionate staff of physicians, nurses, and other therapies.