Cocaine Addiction And Its Treatment: What Are The Effects?

Cocaine addiction is one of the many plagues that have led to escalating health problems in the US and other countries. A report in 2008 stated that 15 percent of US citizens had used coke while 6 percent were introduced to the substance in the senior year. The risk of addiction to a psychoactive substance is very high.

The drug is often known by code names such as snow, blow, coke, crack, flake, and others. The cocaine effects create a form of euphoria which is craved by its users. The stimulating effect of the substance creates an energetic feeling, users are observed to indulge in excessive talking and overly social behaviors. The substance is consumed through various ways such as: intravenously, inhalation, via rectal or genital routes. When converted into crack cocaine it can then be smoked. The substance is made from coca plant leaves, found in South America and is distributed as a white crystal powder.

What Is Cocaine Addiction?

Cocaine addiction can be defined as a dependency to the extremely powerful and dangerous CNS stimulant. How addictive is cocaine? A person may become addicted to cocaine use after trying it for the first time. The substance is known to cause one of the strongest dependencies.

During dependency, the user finds his or herself needing the substance more often with every use. The user always craves the effects of cocaine and is unable to lead a normal life without it. When the abuser does not use the drug for a brief period of time he or she begins to experience symptoms of cocaine withdrawal. These cocaine withdrawal symptoms are often life-threatening and can only be treated at a rehab facility. 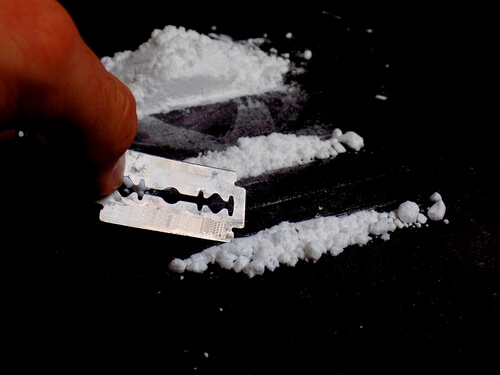 What Are The Signs And Symptoms Of Cocaine Addiction?

There are many visible symptoms of cocaine addiction. Some coke addiction signs are as follows:

What Are The Causes Of Cocaine Addiction?

Stimulants such as coke can distort the transport of neurotransmitters and enhance the concentration of the brain neurotransmitters such as serotonin, dopamine, and norepinephrine. When a person continues to use this substance, it leads to neuroadaptation which increases tolerance. The individual will need to constantly increase doses in order to experience the same level of high.

What Are The Dangers Of Cocaine Abuse?

There are different routes of exposure for the drug, such as snorting cocaine which puts the user at risk of losing their sense of smell, nasal irritation, inflamed running nose, and others. Ingesting cocaine in the system can lead to bowel gangrene, caused by the reduction of blood flow in the system. Injecting the substance intravenously can cause multiple needle marks which may be infected to cause allergic reactions. A cocaine addict may lose their appetite and greatly emaciated due to malnourishment. Another danger of substance use is the constant paranoia and irritability as well as unpredictable violent behaviors that follow. Many users experience tremors and incessant muscular twitches. It also exposes users to the risk of contracting HIV, bloodborne diseases, and hepatitis.

The problem with getting treatment is usually convincing the user of the importance of getting treatment. This decision is often difficult to make because of cocaine side effects which often leaves the user vulnerable. There is no officially recognized pharmacological approach that is certified for treating coke addiction. However, several medications have shown promise in clinical trials for the reduction in the use of coke. Some of these medications include disulfiram( also used in the treatment of alcohol addiction), modafinil, vigabatrin, topiramate, and others.

This is inclusive of co-occurring mental disorders and substance abuse.

Getting Help For Substance Addiction

Dependency on the substance can lead to cocaine overdose which is very toxic and can cause death. The only possible way to successfully get rid of cocaine addiction is through a rehab program. Coke addiction is extremely unpredictable and can be affected by one’s immediate environment as well as lifestyle and the people around. This is why a residential treatment facility is often recommended in order to cover all aspects of treatment and to provide adequate support in a suitable environment. Quitting addiction cold turkey is extremely dangerous and can worsen the impact. It is always best to seek professional help.

If you or your loved one is struggling with an addiction to coke contact our helpline immediately. It is possible to achieve a healthy and drug-free life. It is never too late.